I’ve recently seen a flurry of people moving to production GlassFish servers coming from a NetBeans development environment so I thought I’d write down in this post what I’ve been replying on the various mailing lists and forums.

NetBeans auto-magically creates all the resources required in the GlassFish runtime (JNDI resources, connexion pools, and other configuration), so directly deploying an application (.war, .ear artifacts) in a newly-installed GlassFish instance will most likely fail because the resources the application replies on are not present. To fix this you have several options:

1/ add the remote production GlassFish server to the list of NetBeans servers. The trick is that you first need to point NetBeans to a local install and later describe the remote server with IP and Port number. 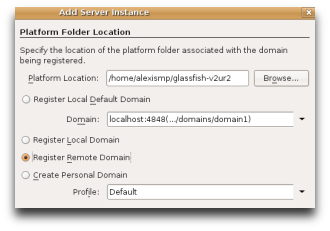 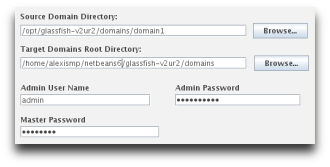 3/ re-create all the resources using either the CLI (asadmin) or the GUI (http://localhost:4848). For Make sure you can ping the database when creating connection pools. 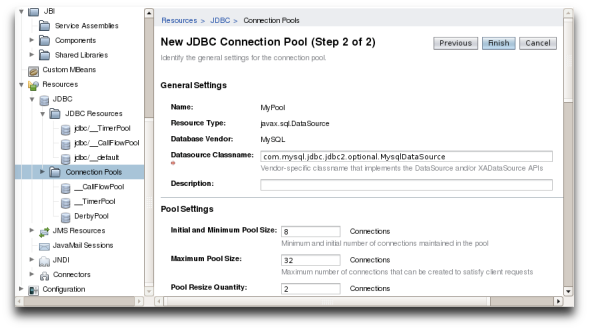 All of this (deployed applications, JNDI resources, virtual hosts, and configuration) is stored in GLASSFISH_HOME/domains/domain1/conf/domain.xml. You shouldn’t edit this by hand but it may be useful for troubleshooting and diff’ing the development and production environments..

Google Developer Relations in Paris. View all posts by alexismp

5 thoughts on “I’m moving from the (NetBeans) GlassFish development server to a production server and my application won’t run! Help!”